Actapio, Inc. (former YJ America, Inc., hereafter “Actapio” *1), a U.S. subsidiary of Yahoo Japan Corporation (hereafter “Yahoo! JAPAN”), has begun construction of a new data center from March 2018. The construction of the data center in Washington State, U.S.A. with approximately 1600 racks will be completed in December 2018, and the operation is scheduled to begin in April 2019.

Actapio began the operation of Yahoo! JAPAN’s first data center out of Japan in Washington State from December 2014. This data center with 200 racks has been used mainly for data analysis of Yahoo! JAPAN’s multi-big data. Having a data center in Washington State has reduced the electricity cost to around a sixth compared to that in Japan, and has contributed to the strengthening of Yahoo! JAPAN’s business continuity plans. Moreover, close cooperation with the community of Open Compute Project (OCP *2) has enabled the design and operation of data centers based on leading-edge information. For further information, OCP is a project in which the drawings of hardware (servers, data centers, etc.) are disclosed and shared in order to improve efficiency.

As a new challenge, in addition to becoming “a smartphone company”, Yahoo! JAPAN will aim to become “a data company” from FY2018. Through Actapio’s construction of Yahoo! JAPAN’s second data center outside of Japan whose size is larger than the existing data center, Yahoo! JAPAN will further strengthen its processing base for the analysis and utilization of various big data possessed by Yahoo! JAPAN.

Rendering of the new data center 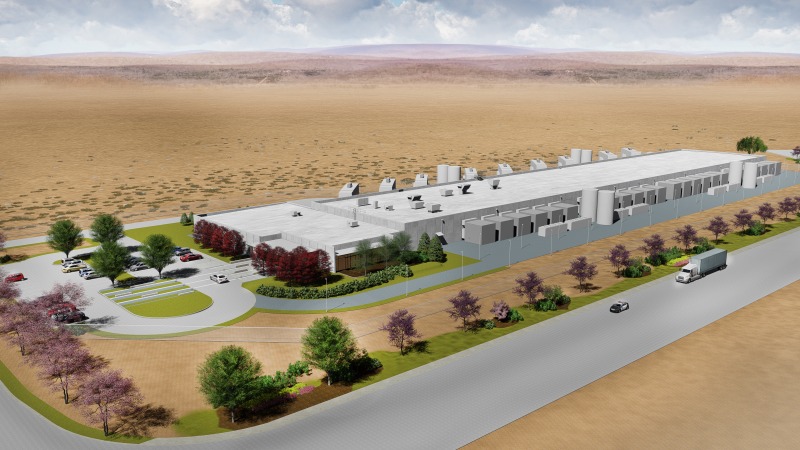 Previous article
To News
Next article