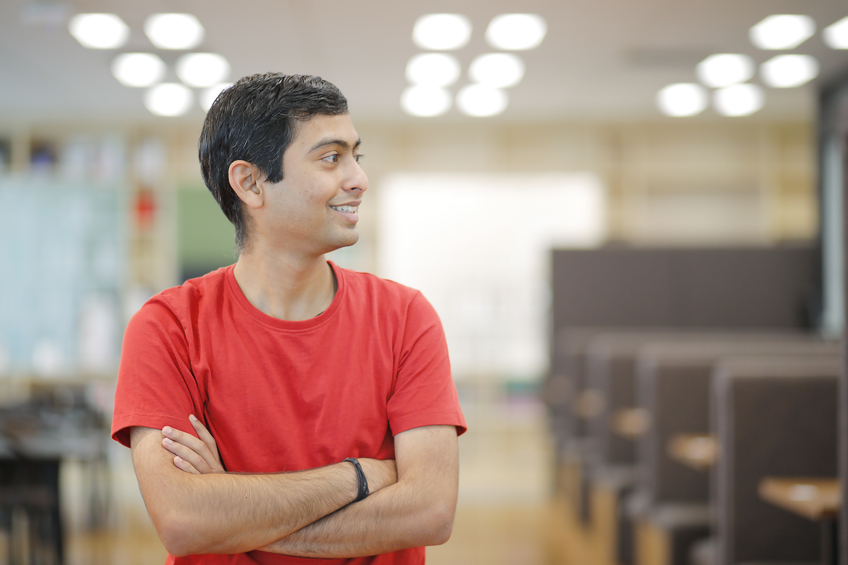 Japan to me seemed like a huge tech country.

I am from Kerala in southern India. I received a master's degree in algorithm development for embedded software at Indian Institutes of Technology (IIT) Bombay. My work was on what you would now call IoT, on technology that, for example, detects the number of people in a room to automatically control air conditioners. I also participated in a government-related project for developing portal website for e-learning.

When I was in graduate school, I was hoping to work at an international company that possesses extensive user data. I had also wanted to work overseas once in my life. I had been very interested in Japan because I saw it as a huge tech country which is famous for electronics, robots, bullet trains and more.

Restaurants in Tokyo has a wide variety of vegetarian meals

I joined Yahoo Japan Corporation (“Yahoo! JAPAN”) in April, 2014. I am the first employee who joined the company as a fresh graduate from India. I took 300 hours of Japanese training course which is offered during work hours to master Japanese. I am a vegetarian and am satisfied with the food in Tokyo. There are many restaurants in Tokyo that serve vegetarian menus. The company cafeteria also serves vegetarian dishes as well as a buffet style lunch rich in menu. 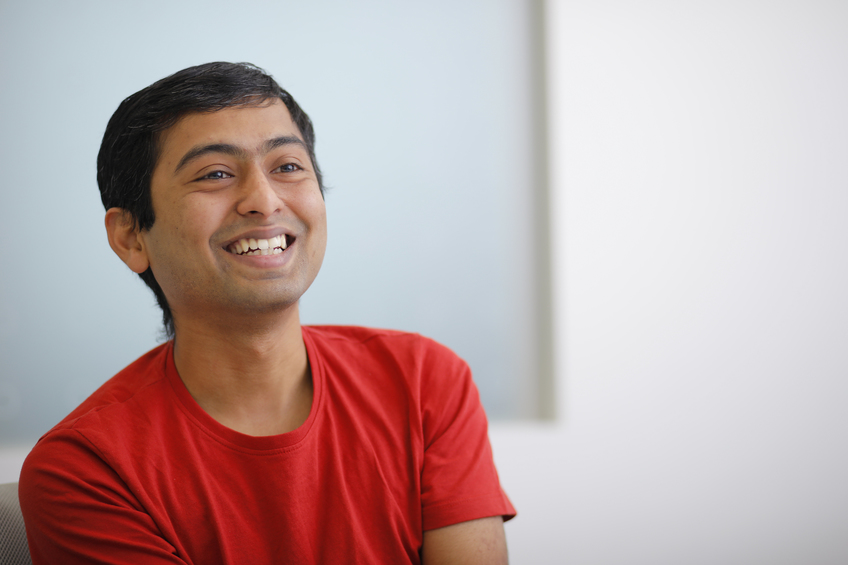 The first trouble I had living in Japan was the tons of flyers I received in my mailbox. At the beginning of my stay in Japan, I could not understand Japanese well enough to figure out which flyer was important and which not. So I brought them all to the office and asked my colleagues and superior which flyer I can throw away! I didn’t know which electric plug I should choose or how to use a rice cooker at first, but my colleagues were so supportive and even came with me to a home appliance store to help me out!

Now I am in charge of developing new service features for our users. This feature gives recommendations to users based on user’s interest extracted through the analysis of user data. Data held by Yahoo! JAPAN is colossal and the technologies accumulated is high-level, thus, the analytical accuracy naturally improves. My job here is really challenging. 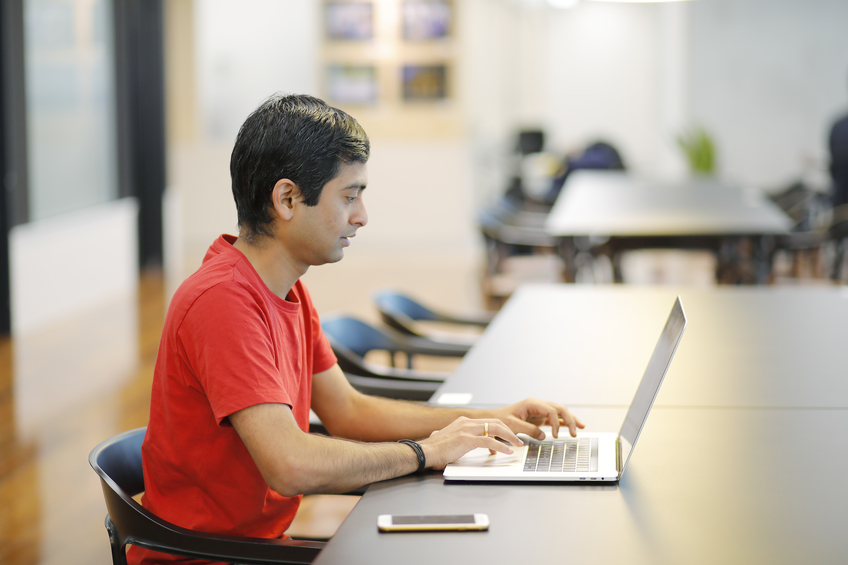 Yahoo! JAPAN provides me with a great opportunity to utilize my skills and knowledge acquired

I got married last year and now live in Tokyo with my wife who came over from India. My wife felt a little bit nervous about life in Japan but recently she seems to be getting used to it much more thanks to the Indian community here in Tokyo. She is looking for a job in Japan now.

I am also involved in the global recruiting process of the company right now and am in charge of interviewing students from India. I’d like the students to know that there is a great job opportunity in Japan and that they can utilize their skills acquired as a student. Students from India including IIT are impressive, capable of logical thinking and have excellent computer science knowledge, yet they don’t seem to clearly understand how to use them. I believe that one of my mission is to help them create their career vision through the interviews.